Hassan District is one of the 30 districts of Karnataka state located in the south-western part of Karnataka in India. The district has had an eventful and rich history. In the past, it reached the height of its glory during the rule of the Hoysalas who had their capital at Dwarasamudra, the modern Halebeed in Belur Taluk.

The district, noted for its enchanting natural scenic beauty is also a veritable treasure-house of Hoysala architecture and sculpture, the best specimens of which are at Belur and Halebeed. Shravanabelagola, in Channarayapatna taluk, which is studded with Jain monuments, is a renowned centre of pilgrimage for the Jains.

Distance from Important cities to Hassan 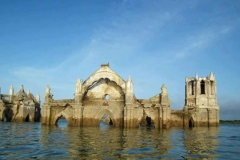 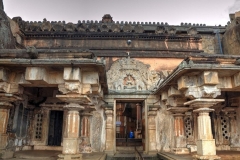 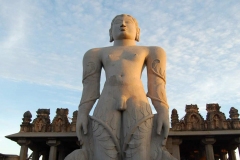 Belur, situated on the banks of river Yagachi, 38 km from Hassan, is a world famous tourist destination. Belur was the erstwhile capital of the Hoysalas and referred to as Velapur, Velur and Belahur at different points in history. The town is renowned for its Chennakeshava temple, one of the finest examples of Hoysala workmanship. The temple was consecrated by the famous Hoysala king Vishnuvardhana to mark his victories in 1116 AD against the Cholas and called the Vijaya Narayana.

The Hoysalas used soft soapstone for their structures as they were found suitable for intricate carvings. Enclosed by a Prakara with a Gopura built in the Vijayanagar style, the temple stands on a platform or Jagati and looks like a huge casket. The fine workmanship and skill visible in this masterpiece is truly breathtaking.

Halebeed temple is another great example of temple architecture – the twin temples of Hoysaleshwara, Kedareshwara built by Vishnuvardhana and Ballala-II at Halabeed. Sequences from Ramayana, Mahabharatha & Bhagavatha are depicted on the outer walls of these temples. The efficiency and experience of the sculptors, who had carved these stories in stone is bewitching. Hoysalaeswara Temple standing on a platform like a casket, richly endowed with most fine sculptures and temple wall with detailed scroll work in stone. Inside its dark depths, the queen Shantala Devi beckons from an alcove. The figure of mortals and immortals are larger compared to Belur and are beautifully chiseled, in shining black stone. The walls of the temples are covered with variety of gods and goddesses, animals , birds and dancing girls.There is a museum on the lawn with 12-13th century sculptures and the gold coins in use at the time. The temple faces a large tank which was built in the middle of the 11th century and received water through channels from an ancient anecut (dam) built over the Yagachi river.

Shravanabelagola is situated about 150 km northwest of Bangalore, the capital of Karnataka.The town has been a prominent centre for Jain art, architecture, religion and culture for over two millennia. About two thousand years ago, Bhagawan Bhadrabahu, the earliest among the great Jain Acharyas came to Shravanabelagola from Ujjain, Madhya Pradesh, with his disciples. Influenced by this ascetic, Chandragupta Maurya, the great emperor who ruled a large part of India, settled in this region, handing over the reins of his kingdom to his son.

Wedged between two stark rocky hills, the monolithic statue of Lord Gomateshwara, a Jain saint and an object of worship for centuries, standing atop one of the hills (Indragiri hill), is 18 meters high and is said to be one of the tallest and most graceful monolithic statues in the world.

History behind the Monolith

Lord Gomateshwara, also known as Balubali, was the son of the first Jain Teerthankara, Lord Adinatha. Challenged by his brother Bharatha over the succession to the throne, Bahubali took on Bharatha in a duel that involved three forms – Drishtiyuddha, Mallayuddha and Jalayuddha. Though Bahubali finally emerged victorious, he was overwhelmed by both the enormity and the futility of the desire for material wealth – a pursuit that set brother against brother. He then renounced his kingdom and all other worldly pleasures.
Bahubali stood in deep meditation and radiated the glow of spiritual tranquility. Chavundaraya, prime minister and commander-in-chief of the Ganga Kingdom, consecrated the statue of Bahubali in a meditative form in 981 AD. Just opposite is the smaller Chandragiri hill where some Jain temples and tomb of Chandragupta Mourya, famous patron of Jainism can be seen.

The Mahamastakabisheka festival, an elaborate ritual, held here once every 12 years, the last one in 2006, attracts devotees from all over the world. Priests climb up to pour hundreds of pots of tender coconut water, turmeric paste, vermilion powder, sugarcane juice, milk, rice flour, kashaya (a herbal concoction), shrigandha (sandal paste), chandana (coloured sandal paste), ashtagandha (eight varieties of sandal paste), saffron, gold and silver flowers, and precious stones over the statue’s head. A spectacular finale to this splendid ceremony is a shower of flowers from a helicopter.

Each day we get email messages from college students like you, desperately confused with their frantic plan: dealing with perform, getting care of their household and coping with demanding curriculum on leading of that – not to mention complete-blown paper deadlines and demanding finals that suck their time and energy simply click the next internet site does this seem acquainted to you? Here’s what they say: